While running: https://pennylane.ai/qml/demos/tutorial_variational_classifier.html I get:
ValueError: BasisState parameter must consist of 0 or 1 integers.

The error you’re describing has to do with the BasisState operation only accepting an array of integers (you can read more about it here) representing a specific state. E.g., np.array([0, 1, 0]) prepares the state |010⟩.

Could you provide me with the exact code that you’re trying to run? Running the specific tutorial you linked to works fine for me locally, so I’m not sure exactly why it’s not working for you.

I am running the code as it is provided in the demo: https://pennylane.ai/qml/demos/tutorial_variational_classifier.html I have made no changes to it.

Could you make sure that you’re running the latest version of PennyLane (run pip install pennylane --upgrade to update PennyLane), and also provide me with the output of qml.about() when using import pennylane as qml.

You could also attempt to create a clean environment and run things from there. 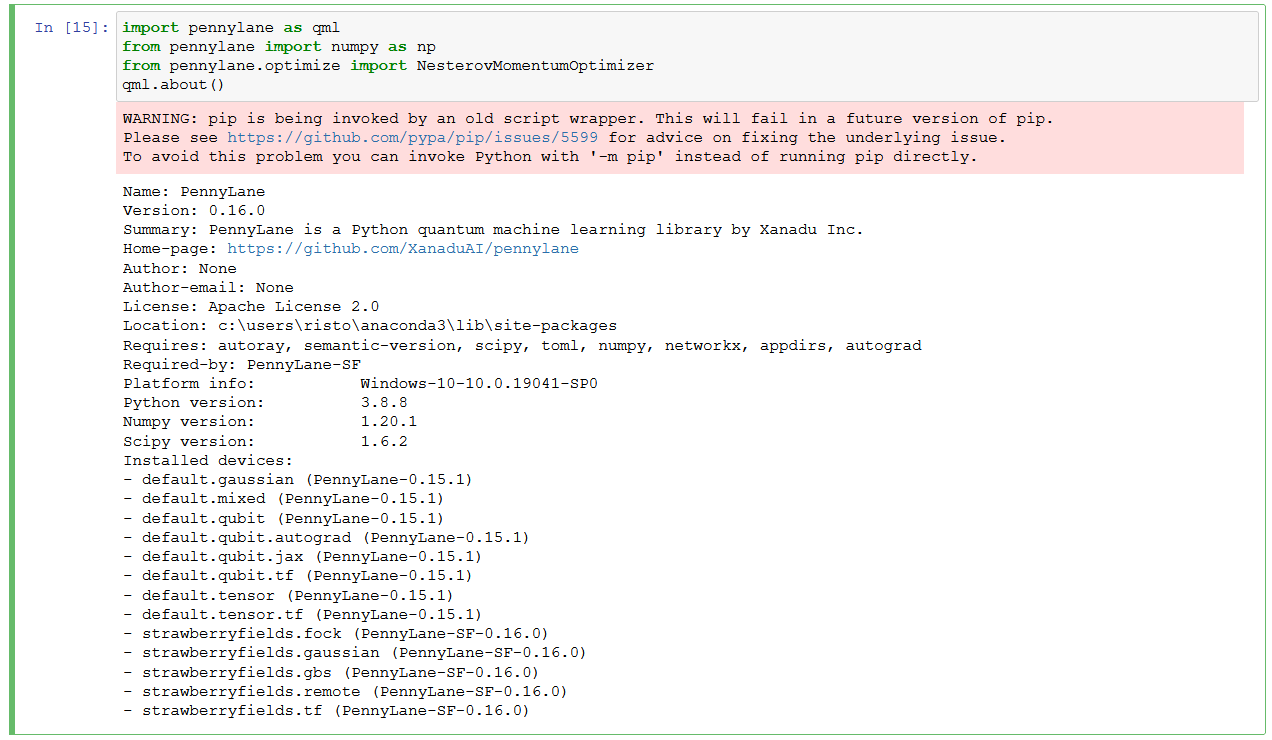 Hi @_risto. Did you attempt to update PennyLane? You could also try to run the tutorial as a Python file, downloadable from the bottom or the right side of the tutorial page, to see if that works better (which could mean that there’s something going on with the Jupyter environment).

Preferably you could run the tutorial as a Python file that time as well.

Let me know how that goes!

Yes, I have done as you said, but no success.
For future references, how should I install packages:

If you look at Problem using the Forest plugin it seems I am also having problems installing packages to proper environments…?

It’s up to you how you want to install packages, although the recommended ways are either to stick with using Anaconda (conda install package) or PyPI (pip install package). It’s also always a good idea to have separate environments for separate projects/tasks, and only install the necessary packages in each environment. This avoids the risk of mismatching versions and other dependency issues that might arise between packages. You generally shouldn’t have to run as admin for this to work.

Whether you should use Powershell or not is a completely different question. It’s a shell, such as Bash and cmd, which all can run Anaconda commands and install packages via both conda and pip. It’s more a case of personal preference than anything else.

I hope this helps!

Than you for clarification.
I have followed the guidance in a post before, but still I get the ValueError: BasisState parameter must consist of 0 or 1 integers.

I’m sorry, but I can’t really help you much more without knowing exactly what’s not working. If you can provide a minimal non-working example where this error shows up I could have a look at it (that is, remove as much code as possible from the tutorial and attempt to locate exactly where it fails).

Here is where I get it: 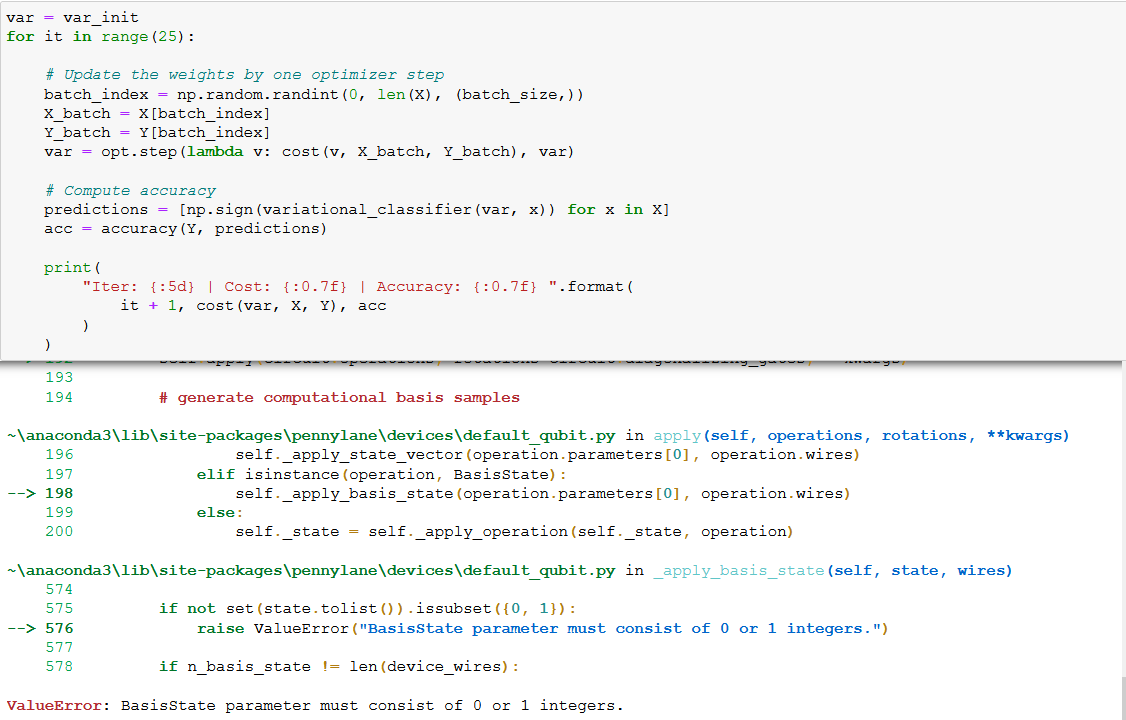 Also, is the parity.txt and the iris_classes1and2_scaled.txt file the correct one specified in the tutorial?

My output of qml.about() is as follows: